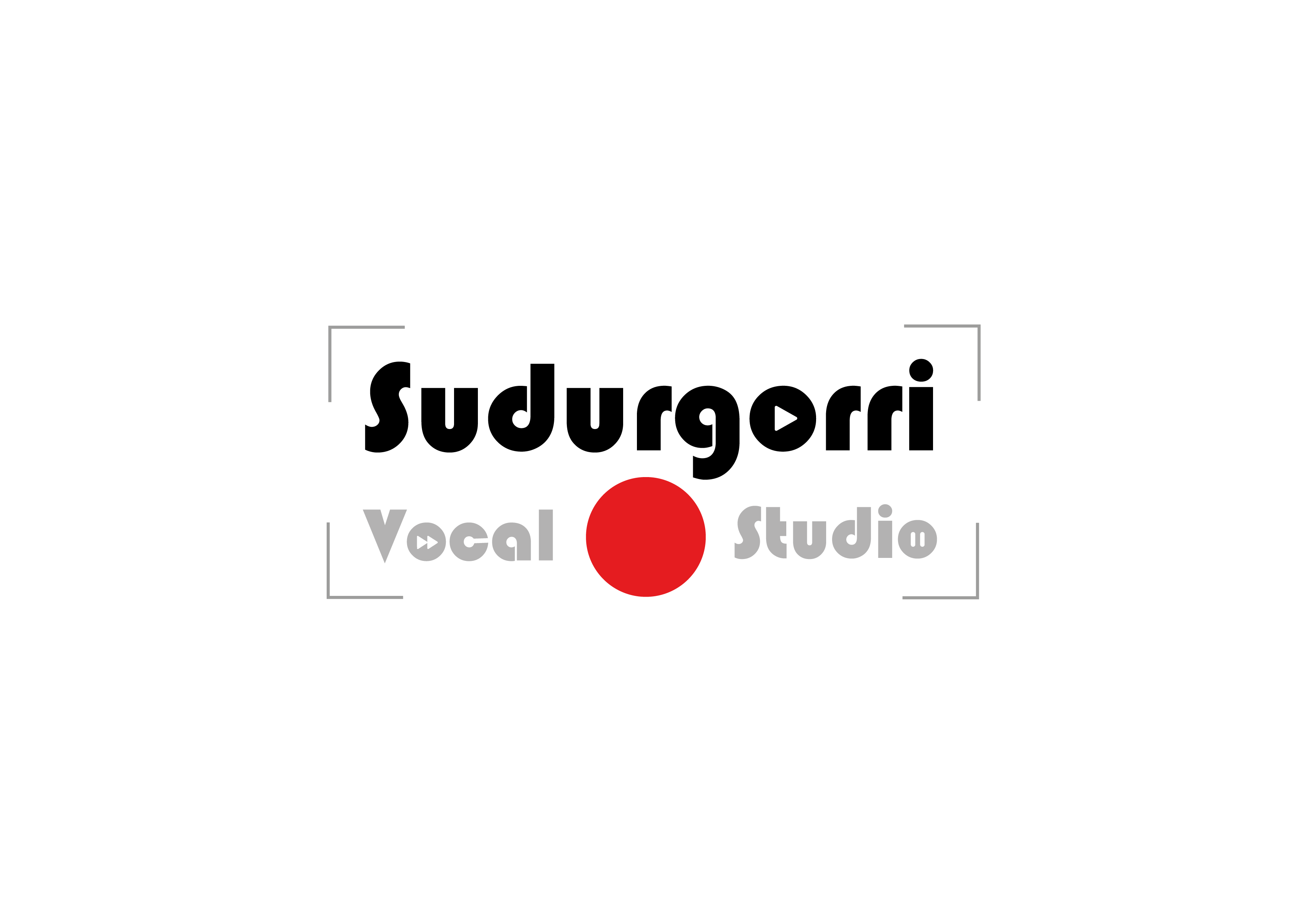 After a long time with the idea in our crazy heads, finally, Izaskun Zurutuza Pérez and Iker Bengotxea Goya, we present in this website our project Sudurgorri Vocal Studio. A center specializing in voice that brings together our personal and individual experiences in a single brand and illusion around the voice, singing, vocal health, voiceover, dubbing or recording studios; terms that have accompanied us and accompany us in our day to day and that we are passionate about.

The term Vocal Studio is clear where it comes from, but… Why Sudurgorri?

Sudur – Nose / Gorri – Red = Red Nose. Term usually associated with the clown profession and circus arts. And although we are not very much into acrobatics, we are a bit of clowns, in the kindest and most humorous sense of the word, and we have also had a close relationship with the Performing Arts, both inside and outside the stage.

It was at our wedding when a close relative who knew us very well gave us two clown noses that became the protagonists of our photo shoot. From then on we started to use the term “Sudurgorri” in our close circle and incorporated it as a brand in some of the projects we were commissioned.

Our lives have been linked to sound studios since we were very young: dubbing, recording songs as studio singers, a multitude of musical groups, etc. There is nothing more characteristic in a recording studio than the record button. Let’s say that if you don’t hit the REC… Houston, we have a huge problem! And that’s when, almost without having thought about it beforehand, we realized the obvious: that our “Sudurgorri” and the rec button were basically the same thing, which made our name an apparently intended metaphor and the result of a profound naming strategy, although we would be lying if we didn’t confess that it was a coincidence. So if there was any doubt, that day we were clear about what we were going to call this project: Sudurgorri Vocal Studio.

We hope you like this project as much as we do. You can follow our craziness on Instagram and…. Hit the REC! Hit the red nose!

Did you enjoy this article?

After a long time with the idea in our crazy heads, finally, Izaskun Zurutuza Pérez and Iker Bengotxea Goya, we present in this website our